The winning week started on Monday as the Senior Soccer team participated in the school’s first Munster ‘A’ Soccer Final. The game, originally fixed for Turners Cross fell victim to the weather and was changed to the nearby Douglas Hall. On what turned out to be a beautiful day saw the team face off against a strong Presentation Brothers College, Cork. The game with few chances in regulation time needed 17 minutes of extra time to separate the two teams. In the end a GOAL from Loic Ngeufang sealed the title and the school’s second Munster title in 15 days.

The second game of the week saw the Senior hurlers play Coláiste Eoin in the Masita All-Ireland Croke Cup Quarter final. Nowlan Park, Kilkenny was the venue for Wednesday’s game with Coláiste Eoin from Stilorglin in Dublin providing strong opposition for the CBS team. A point from Jason Hankard within the first minute got CBS off to a great start. It took another 5 minutes for Colaiste Eoin on the score board. With further points from Sam Quirke, Ross O’Regan and Ryan McCarthy, CBS led 0-08 to 0-06 at half time.

The second half started with a point for Coláiste Eoin and points for CBS from Ryan McCarthy. A quite period for CBS followed allowing Coláiste Eoin to close the gap. In the 59th minute CBS had a 4 point lead 0-14 to 0-10 however Coláiste Eoin weren’t finished; they scored an unanswered 1-02 in the next 4 minutes. With only seconds left on the clock CBS were awarded a sideline near the 45, Ryan McCarthy stepped up (already after scoring 0-10 at this point) and put the ball into the square past many hurleys and into the Coláiste Eoin net. With the puck-out came the final whistle and CBS progressing to the All-Ireland Semi-final. An incredible finish to the game.

Game three for the senior students came on Thursday when the Senior Soccer team played in the All-Ireland Semi-final not 72 hours after winning the Munster Championship. Their game against Wexford CBS took them to the impressive Regional Sports Centre, Waterford. Wexford CBS’ Tony Hynes opened the scoring in the 34th minute and continued to test keeper Artur Nganou however the CBS captain made some fantastic saves. In the 73rd minute Charlie Whalley leveled the game. CBS controlled the play for the remainder of the game but could not convert. For the second time in three days CBS entered extra time, the additional twenty minutes still were not enough to separate the sides so for the second time this season the CBS’ fate would be decided on penalties. CBS came out on top with Loic Nuefang, Jamie Collins, Jamie O’Hanlon, Fionn Duggan and Joe Stack all scoring their penalties. Thanks to a save from Arthur it ended 5-4 with CBS progressing to the All-Ireland Final.

Competition four for the senior boys takes place tomorrow as the school’s Cross Country teams compete in the All-Ireland finals. The senior team, along with the Minor and some individuals qualified three weeks ago in the Munsters. Both teams won their respective races which secured the overall boys school title for the first time since 2004. The venue on Saturday is Clongowes Wood College, Clane. The senior team’s race starts at 14:30 with the Minor, Junior and Intermediate races starting at 12:15, 12:50 & 13:50 respectively.

The Hurlers are out next in the All-Ireland Semi-Final on Monday 18th March. They play Connacht Champions Presentation College Athenry at a venue and time to be decided.

All of us in the Past Pupils Union wish all the school’s team the very best in their respective competitions. We are incredibly proud to sponsor the schools’ jerseys and support Midleton CBS. 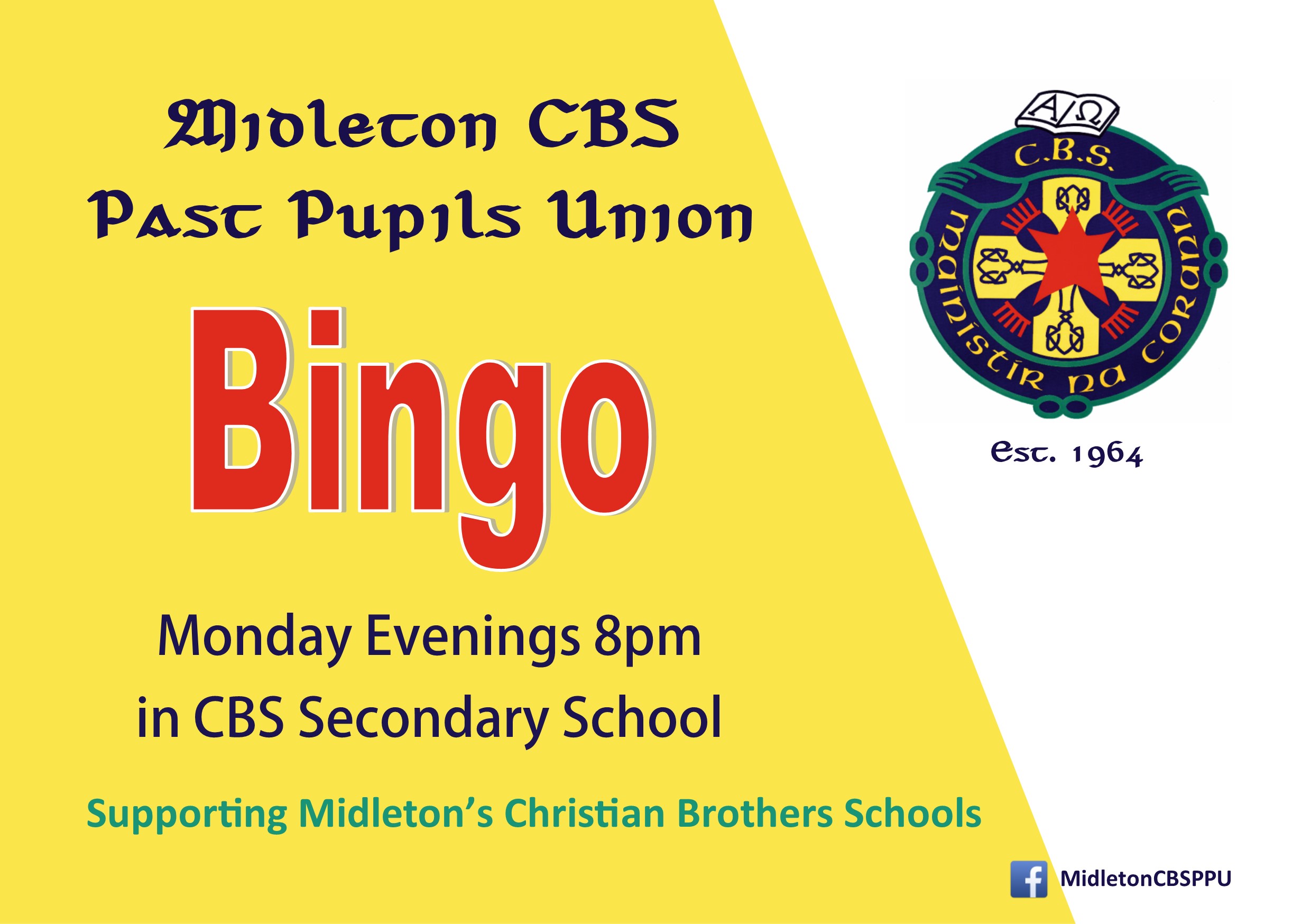